Ten Reasons to Invest in Trebinje 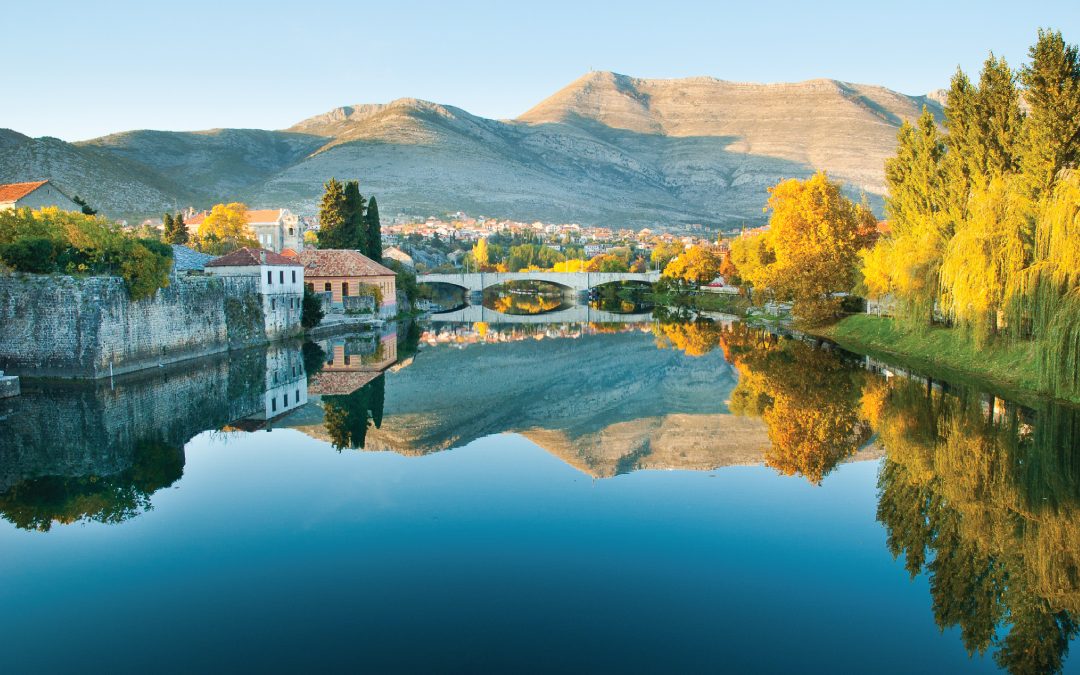 Fertile soil of this part of the country has contributed a lot to Trebinje’s good reputation. Widely recognised wines, honey, tobacco, aromatic and medicinal herbs are something you must try and take home with you. Trebinje is very proud of its wine cellars with long standing experience in producing diferent sorts of wine,or tobacco used in the presidential premises all over the world, and healing properties of more than 2000 medicinal herbs.

Trebinje has around 800 registered legal entities and enterpreuners, and the company registration last only 1-3 days. It takes around 15 days for issuing of urban planning permit, and up to 30 days for building permit. The City also constantly works on the improvement of cooperation with its business community.

Favourable Mediterranean climate in combination with coastal continental climate makes Trebinje a region suitable for agriculture. Long and hot summers, mild and rainy winters have a great influence on growth of agricultural crops, characteristic for the region.

5. Potential for Tourism Development, a Diverse Cultural and Historical Heritage

Numerous monasteries, ethnology, archeological and cultural monuments testify to Trebinjeˈs rich historical heritage. Vicinity of the Adriatic sea is also a great contribution to a huge number of tourists. Number of visitors has increased by 55% in the last two years. Low food and accomodation prices attract tourists to Trebinje which has now become  a starting point for trips and sightseeing tours to larger cities.

A large number of highly educated people, and their long term experience make this population ready to work, progress and contribute to their local community and the wider region.

Hydropotential represents the fondation of of Trebinjeˈs economy,.i.e. Trebinje is an important producer of electricity for the entire Republic of Srpska due to the system of “Hydro Power Plant on the Trebišnjica River“ which was built in the late 1960s and into which has been invested ever since.

8. Vicinity of the Adriatic Sea

Trebinje is only 31 km away from Dubrovnik, one of the most prominent touristic attractions in the neighbouring Croatia. Montenegrin coast can be reached by car within one hour. Vicinity of the Adriatic coast can be felt through Mediterranean touch in Trebinje.

Besides efficient local governement, a stimulating tax policy is something that brings investments into Trebinje and helps the region develop. That also suits investors and attracts new investments.

Low operating costs are definitly favorable to investments and, along with that, to further developent of Trebinje as an economic cultural and livable environment. If you decide to become one of Trebinje’s investors, you may convince yourself personally in all these advantages.